President Hadi speaks with Marib Governor on the phone 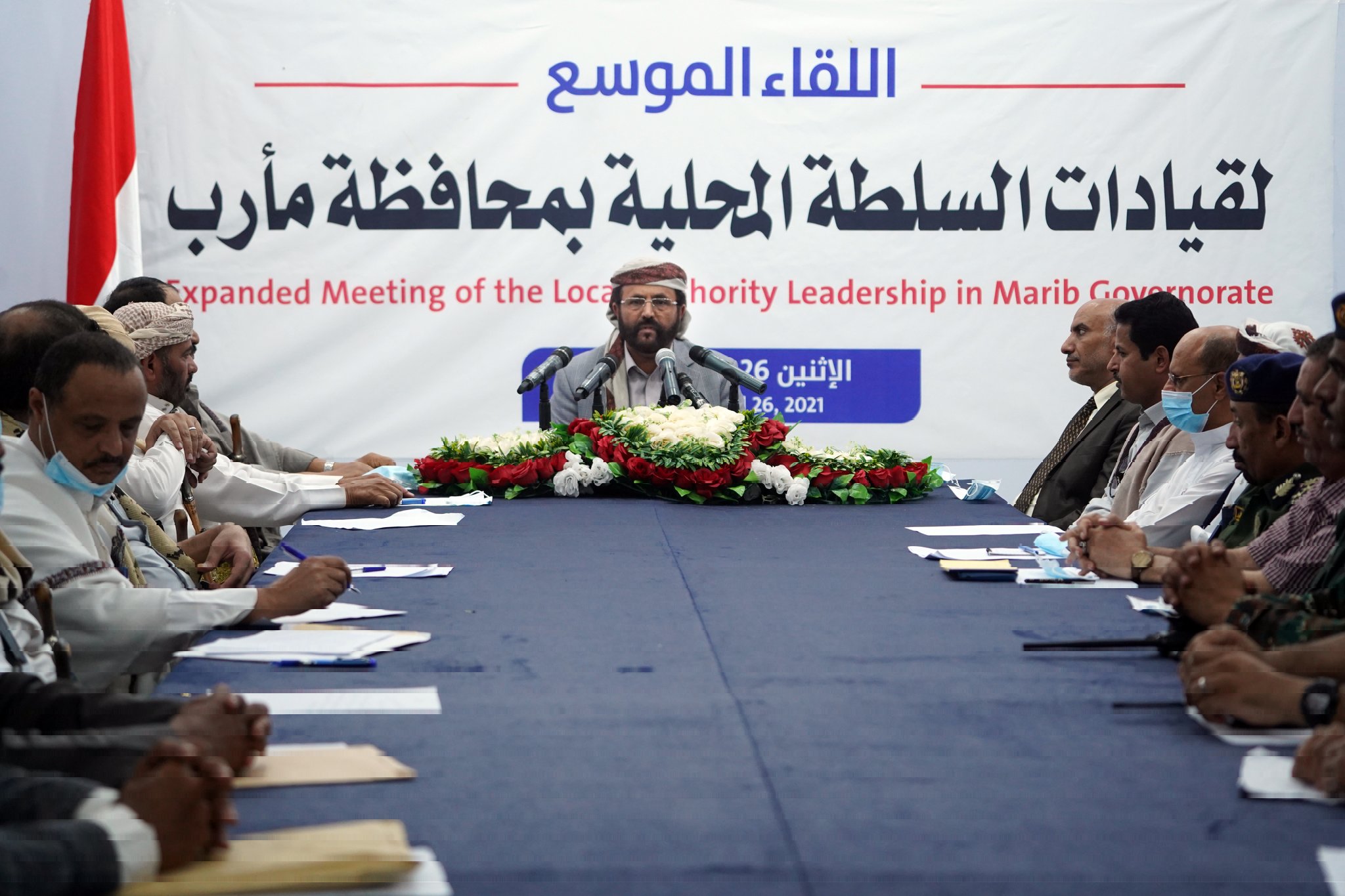 Governor of Marib General Sultan Al-Arada held an expanded meeting of the local authority's leadership to discuss latest developments in the governorate and to back up the Yemeni National Army against Iran-backed Houthi militia.

He stated that Houthis' warfare on Marib has been continuing since 2015 but the militia has intensified its hysteria attacks since 2020 backed by Iranian expertise.

The Governor of Marib al-Aradah said " Marib has been standing steadfast against the Iranian plan because it bears a national scheme we're proud of".

He called on the Yemen's young people to rush up to defend their own homeland and join the National Army and resistance to counter the sectarian Houthi militia.

" Marib is capable to defend itself, Houthis can never conquer" said Al-Arada, calling all Yemenis across the country and battlefronts to redouble efforts and stand together to fight and defeat this militia and save the Yemeni people.

"Houthis must realize that the issue is bigger than pushing groups of children and deluded persons into the battlefronts to capture a hill here or a site there," adding that "the issue today is related to the country, its institutions, history, people and civilization. However, what the Iran-backed Houthis are planning will never be achieved."

During the meeting, the governor pointed out that a series of meetings will be held with the Ministry of Defense, the concerned authorities and various groups to coordinate efforts for general mobilization.

He expressed appreciation for the Saudi-led Arab Coalition for their various roles and continuous support to the Yemeni people.

The Governor Al-Arada praised also the continuous popular support from all governorates for Marib through the convoys arrived at the governorate, highlighting its great significance and importance in enhancing steadfastness and popular cohesion in the face of the militia.