Huge funeral held for the child Layan Tahir, her father in Marib

Children protest over Houthi massacre against civilians in Yemen's Marib 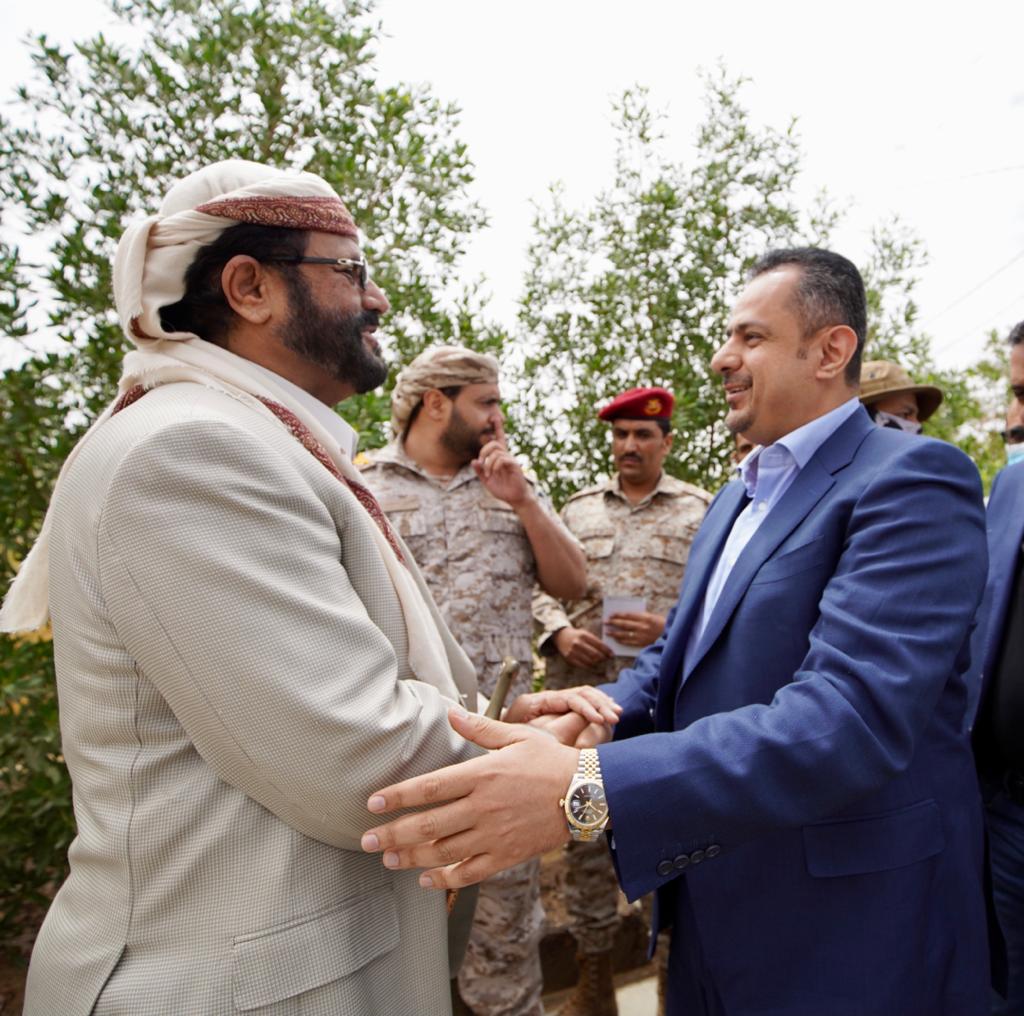 Prime Minister Dr. Maeen Abdulmalik arrived today, Tuesday, in Marib governorate to get familiar with the military, security, humanitarian and basic services in the governorate.

During his trip, he is set to inspect the conditions of the military troops, local resistance fighters and tribesmen who are engaged in heroic fighting against the Iran-backed Houthi militiamen.

He is also going to preside over meetings of Ministry of Defense and General Chief of Staff as well as local authority.

Governor of Marib General Sultan al-Aradah received the Prime Minister and his companions.