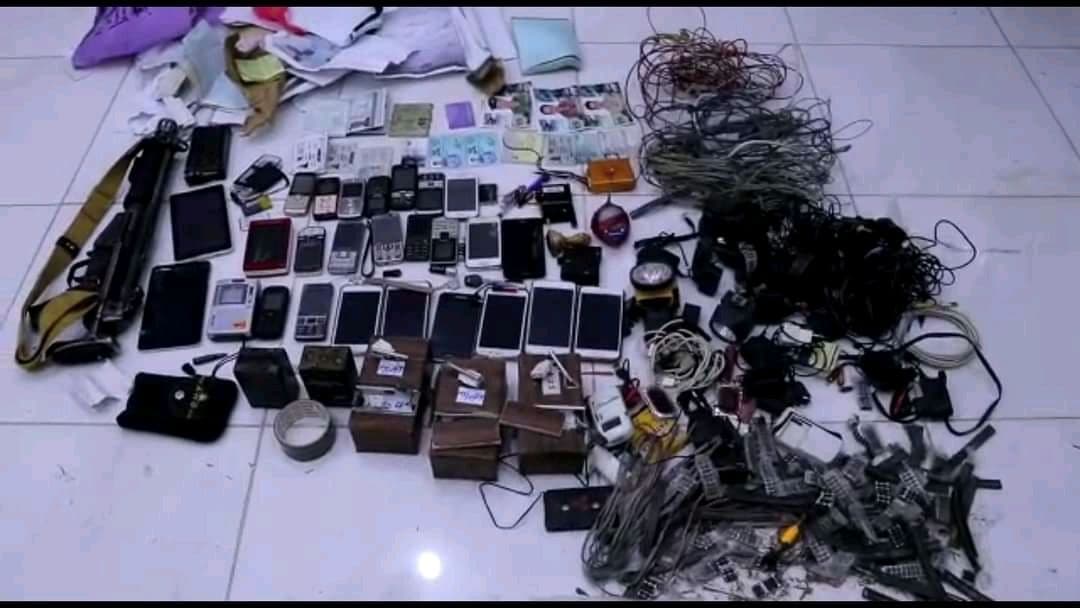 Police in the Yemen's governorate of Marib busted a Houthi terrorist cell planning to bomb public places in seeking to assassinate civilian crowds and government military officials in the past two days, security sources have said.

The commander of Special Forces in the governorate Brig. Gen. Saleem Al-Sayyaghi told Saba a cache of explosives and maps of to-bomb sites were seized in possession of the cell members.

Initial investigations, he said, revealed that the cell was steered by the Iran-backed Houthi militia and tasked with bombing civilian crowds and military leaders in the wake-up of the militia's failure to overrun Marib despite hurling countless waves of fighters toward the army positions over the past months

He said the tireless Houthi recruitment and training of new cells and deploying them to Marib shows the stubbornness of the Houthis as a militia whose hateful mentality toward the Yemeni nation has its roots in terrorist religious beliefs."