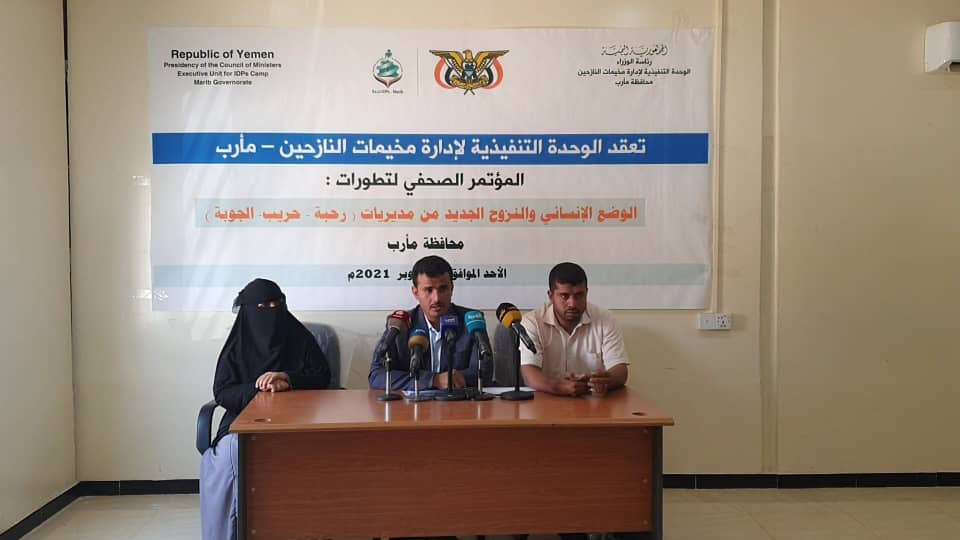 Executive Unit for Management of IDPs Camps in Marib said the UN organizations and international relief agencies have neither responded to calls for help they have made since September, nor fulfilled their humanitarian duty towards the besieged people of Abdiyah district and newly displaced people from the southern districts of Marib. It stated this has exacerbated the humanitarian situation which would lead to a serious humanitarian crisis.

In a press conference held today, the executive unit said more than three thousand families from the southern districts of Marib governorate have displaced since the beginning of September due to the deteriorating security situation and the continuation of hostilities, as well as bombing of the Houthi terrorist militia with ballistic missiles and heavy weapons on villages and houses.

It added that this is just a preliminary number where monitoring field teams are still working to document increasing cases of continuous due to the continued escalation of the Houthi militia.