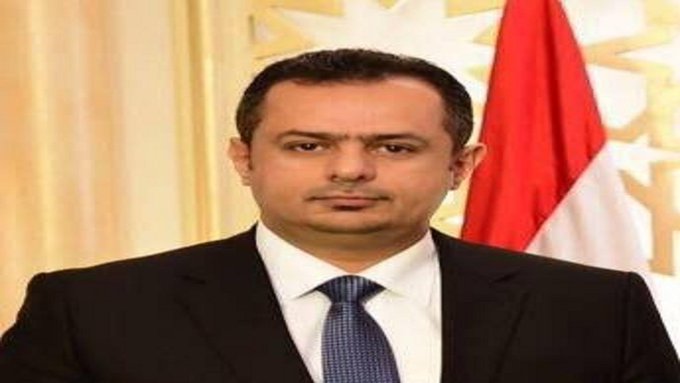 Prime Minister Dr. Maeen Abdulmalik has called on the UN and international organizations to respond to humanitarian calls to support the efforts of the government to rescue the displaced people and civilians facing Houthi siege and repeated attacks with ballistic missiles and drones by the Houthi militia in the south of Marib governorate.

The Prime Minister was briefed, during a telephone conversation today, with the Governor of Marib Sultan Al-Arada, on the latest developments in the governorate in light of the Houthi ongoing military escalation and grave abuses against civilians and IDPs in the besieged areas, pointing to crimes committed in Abdiya district of 37,000 people.

The governor gave the premier an account on the militia's genocidal acts and the bombing of villages, homes and of the only hospital in th rural area.

The governor pointed to the efforts of the local authority in coordination with the government to deal with the existing humanitarian disaster, and the great shortcomings in the UN and international organizations' response.

The Prime Minister stressed that the government, under the directives of His Excellency President Abd Rabbuh Mansour Hadi will provide all support and capabilities and harness them in order to win this existential battle.

He also affirmed the government's full support for the efforts of the local authority in dealing with the humanitarian situation, and supporting it with all the available capabilities for the battle in Marib, which is fighting in a fateful battle for Yemen and all Arabs, and a gateway to achieving