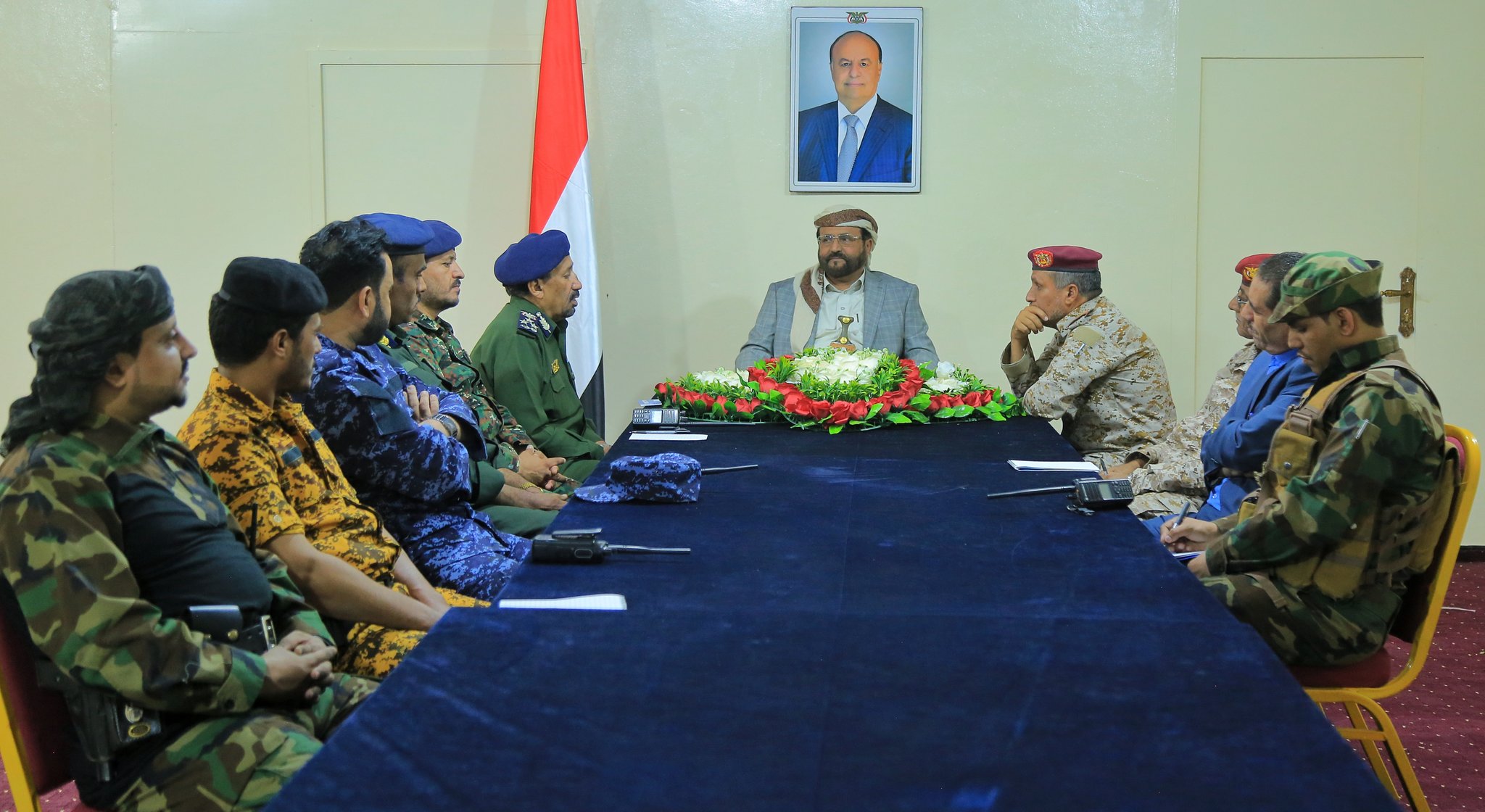 Security Committee of Marib governorate held on Friday an extraordinary meeting in Marib city. The meeting chaired by the Governor Maj Gen Sultan Al-Arada approved a security plan for the holy month of Ramadan.

During the meeting, the Governor Al-Arada appreciated the role of tribes and citizens in cooperating with the security services, which has led to a number of successes. He stressed on raising the alert and security vigilance for all security units, strengthening relationships with civilians, and committing to embodying the rule of law in handling and undertaking tasks.

The Governor also emphasized on improving coordination and cooperation between the security and military institutions to enhance stability and strengthen the role of the national army, tribes and popular resistance across the frontlines defending the Republic and national identity against the Iranian project. Al-Arada praised the heroism of the National Army, tribesmen and popular resistance and great victories they achieved on various fronts with the support of the Arab coalition.

The Governor appreciated also the support and attention of the political leadership represented by H.E. President of the Republic, Field Marshal Abdo Rabbo Mansour Hadi.

Maj Gen Sultan Al-Arada applauded the invitation of the GCC to Yemenis for consultations in Riyadh, hoping that the participants in the consultations will unite the republican rank under the banner of the Republic to restore the State, its institutions, and Yemeni identity, and to end the Iranian project and Houthi terrorist theocratic militia.