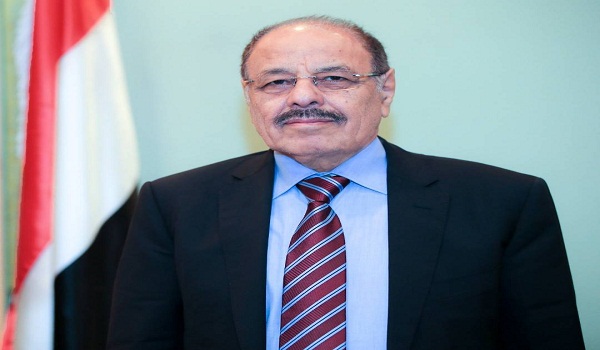 " While regional and international efforts are intensively being made to bring about an end of the war and establish the urgently needed peace, Iran-allied Houthi militia has continued to act recklessly, slaughtering the innocent civilians ruthlessly", he said.

Mohsen cited the Houthis' ballistic missile and drone attack on the Marib gasoline station on Saturday as a solid evidence that the militia pays no attention to the ongoing diplomatic efforts intended to stop the war and make peace.

The Vice President voiced his remarks as he phoned the governor of Marib governorate Maj. General Sultan al-Erradah to know the details of the Houthi militia's terrorist crime committed yesterday resulted in killing 17 of the civilians including one child.