Children protest over Houthi massacre against civilians in Yemen's Marib 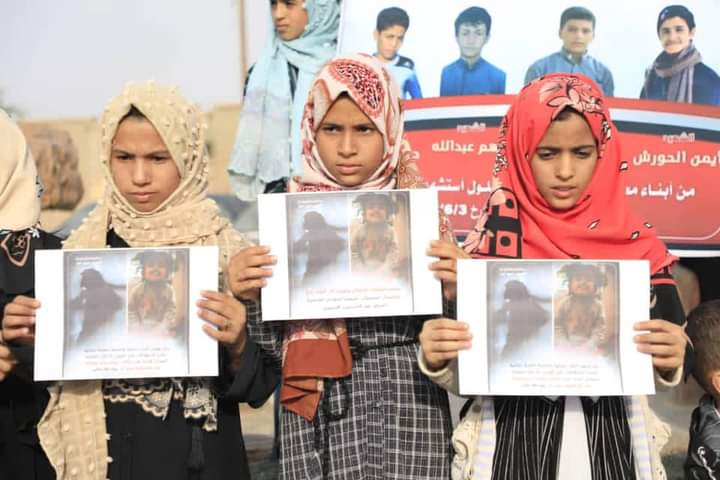 Dozens of children staged a protest rally in Yemen's eastern Marib governorate on Tuesday over the killing of 21 civilians including a three-year-old girl by a Houthi ballistic missile and a drone attack on Tuesday.

The children raised the pictures of the slain girl Layan Taher as alive and as an incinerated body after the attack.

The pictures of the charred bodies especially of Layan has sent shockwaves in Yemen over the cruelty of the terrorist Houthi theocratic militia which is fighting to expand territorial control for more than six years.

The Houthi terrorists first attacked a Marib oil station with a ballistic missile killing and injuring people queuing up for fuel.

As the ambulances and curious public gathered in the scene, a second attack followed with the use of an armed drone.