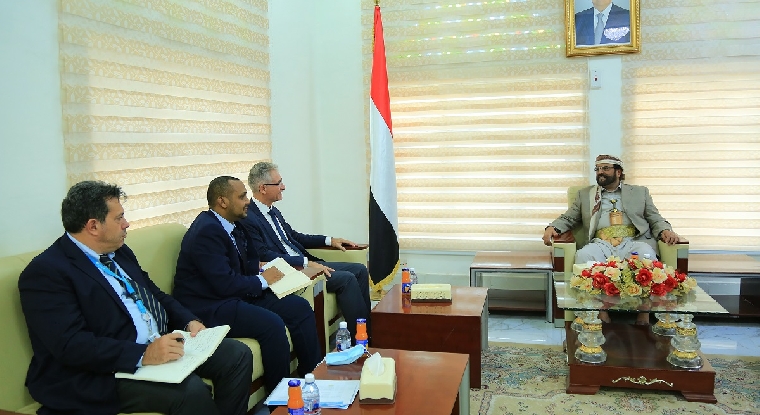 Governor of Marib governorate Maj. General Sultan al-Arradah called on the UNICEF to increase its humanitarian projects and interventions in Marib to help the local authority to cope with the increasingly growing needs of the population due to the large number of the IDPs who fled their own regions due to Houthi militia's war and atrocities, sought safe shelter in Marib governorate.

As he received the UNICEF's team today he cited the challenges the local authority has been facing due to the heavy burdens upon basic services facilities in the governorate which has received more than 65% of the IDPs in the country.

" The humanitarian situation has been worsening amid Houthi militia's relentless military operations on Marib", al-Erradah
said.

The UNICEF delegation arrived in Marib on several day work visit, head by the Representative of the Organization in Yemen Fillip Dowmil.

The governor detailed the UNICEF's officials on the increasingly growing needs of the IDPs in the governorate including education, health, food, shelter, water and protection.