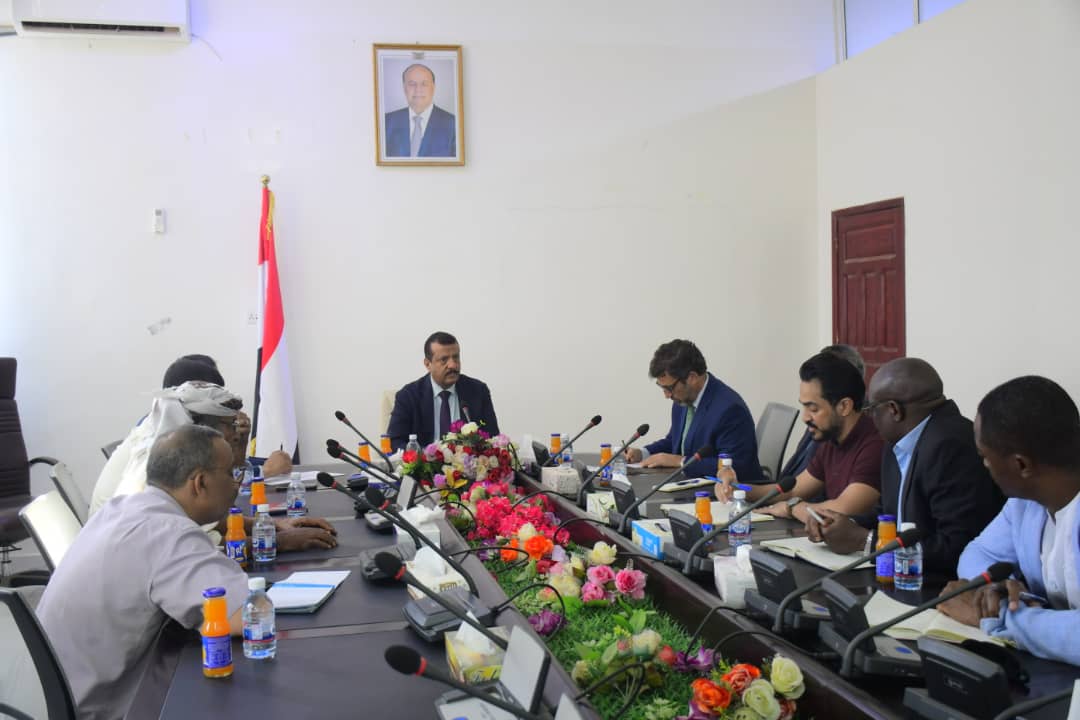 Deputy Governor of Marib Abd-Rabu Miftah discussed Thursday with Deputy Coordinator of UN Humanitarian Affairs in Yemen Dingo Zuwaila and the accompanying delegation performance of the UN organizations working in humanitarian domain and their weak performance regarding the humanitarian situation in Marib.

The humanitarian disaster in Marib, which is still continuing, especially in al-Abdia District and Houthi militia's crimes against 35000 people of the district, clearly show weak performance of the UN organizations and their failure of doing their humanitarian, legal and moral duty to rescue civilians from the militia's daily shelling, he said.

"The doubtful silence towards repeated humanitarian calls by the local authority and the government to the United Nations and its organizations to do their duties to rescue population of al-Abdia since the beginning of the siege, which lasted for a full month, confirms how submissive these organizations, especially those who still have their headquarters in Sana'a, are to Houthi militia's directives," he added.

Miftah emphasized reorganizing works of these organizations in Marib to protect humanitarian work and its independence and necessity of having reserve to be able to meet people's humanitarian needs under Houthi militia's continuous military escalation on Marib.

For his part, the UN official said that his visit to Marib aims at evaluating performance of the UN organizations closely and inspecting humanitarian situation in the province, al-Abdia District and emergency humanitarian needs.

We are also concerned of inspecting violations are being happened at al-Abdia District, inspecting conditions of the forcibly disappeared and detainees by Houthis, in addition to crimes of bombing and burning houses, he said.

We will discuss with partners of humanitarian work setting up future plans and making reserve of assistances, he added.