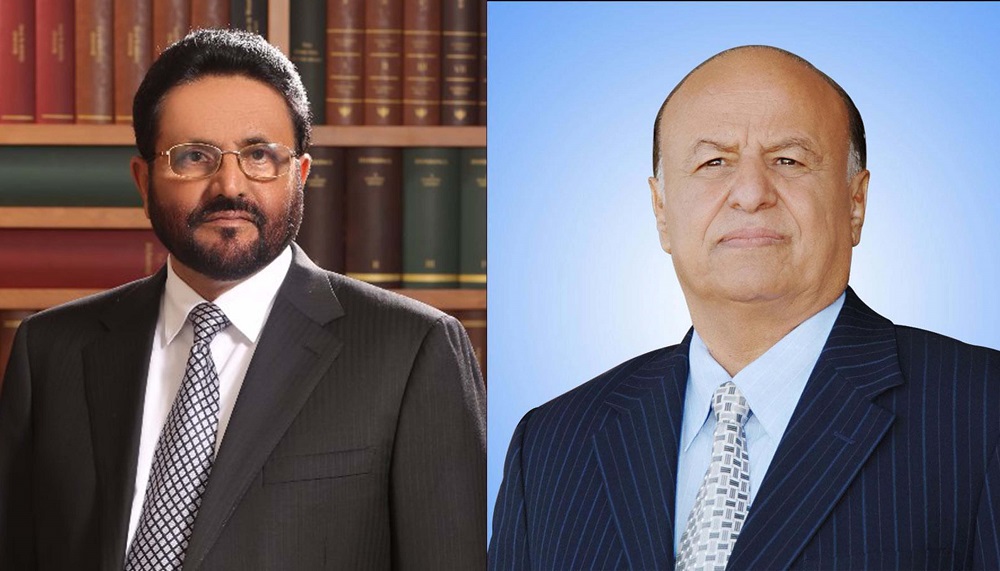 His Excellency President Marshal Abd-Rabbo Mansour Hadi, the Supreme Commander of the Armed Forces phone called the Governor of Marib Major General Sultan Al-Arada, today and learned from him about the overall situation in the Governorate, and the progress of the military operations waged by the heroes of the National Army, the Giant Brigades, the Popular Resistance and the tribes on the frontlines in south of Marib.

The President praised the victories achieved by the National Army, the Giants Brigades, the Resistance and the Tribes on the fronts south of Ma’rib Governorate, stressing the need to continue these victories, defeat the Iranian militias, impose the prestige of the state and legal order, and provide all aspects of support to those liberated areas in all service and development fields, especially health, education and electricity and water.

His Excellency stressed the importance of mobilizing efforts and standing by the heroes of the army, the giant brigades and the popular resistance in the face of the Iranian-backed Houthi militias, and to break the thorns of Iran and its destructive and chaotic project in Yemen and the region praising the support of the Arab coalition led by the Kingdom of Saudi Arabia and with active participation of the brothers in the United Arab Emirates.