Marib Dep. governor calls for greater interventions by UNHCR in the governorate 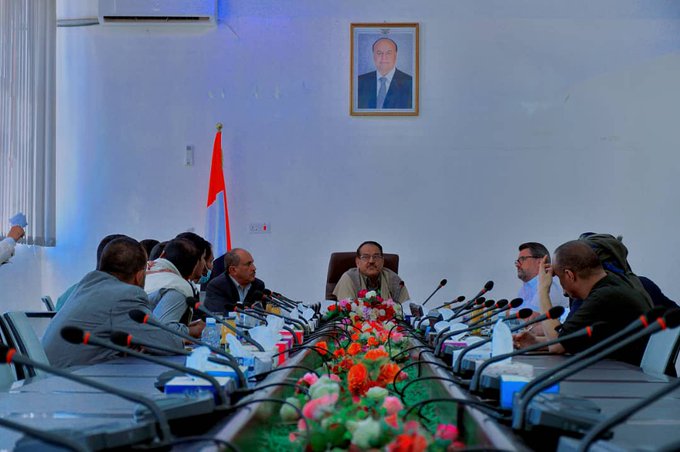 Deputy Governor of Marib governorate Ali al-Fatimi asked for extra efforts and interventions by the UN High Commission for Refugees (UNHCR) to help cope with increasingly growing needs of the Internally Displaced Persons (IDP) and African refugees in the governorate of Marib.

He voiced his appeal today as he received the Director of the UNHCR Office in Aden Guel Anderson Gael who arrived in Marib on a work visit aimed to get first-hand information about the IDPs and refuges humanitarian situations and basic needs and difficulties they are facing.

Al-Fatimi provided Anderson with a detailed report about the IDPs' and African refugees situations and pressing needs must be addressed urgently, citing the huge challenges facing the local authority and heavy burdens upon the governorate's limited basic services facilities and infrastructures.

He reported that there are more than 2 million and 300 thousands IDPs are living in the governorate.

Mr. Anderson stated that the UNHCR is going to do its utmost efforts to mobilize the needed resources to increase its interventions this year in Marib governorate.