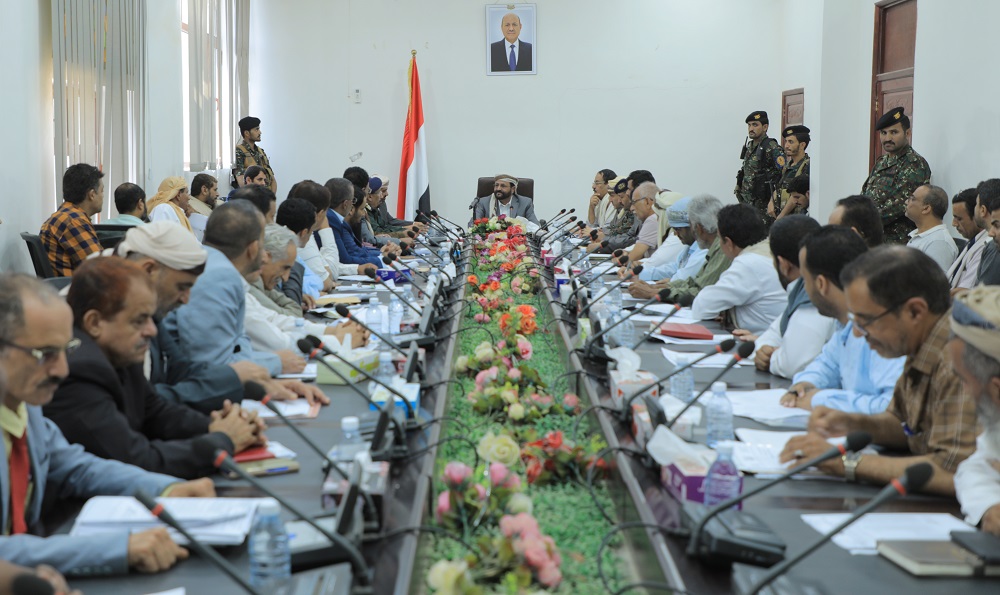 Member of the Presidential Leadership Council, the governor of Marib Major General Sultan Al-Arada chaired a special meeting of Marib's local government to address the damages left by yesterday's floods on the internally displaced people who constitute the majority of Marib's population.

The meeting approved the activation of the emergency plan committee to confront the disaster in light of the continuing climate change.

The meeting reviewed the initial report by the Executive Unit for the Management of IDP Camps in the governorate on the impact caused to the IDPs in and outside the IDPs camps.

The meeting issued an urgent appeal to the central government and humanitarian aid partners to intervene quickly to alleviate the suffering of the afflicted families and cover the urgent needs, foremost of which is the provision of emergency shelter that is more permanent and resilient to disasters.

The council discussed a number of issues related to activating the work of a number of government agencies and offices and the separation of competencies between local offices and institutions in the governorate and directorates.