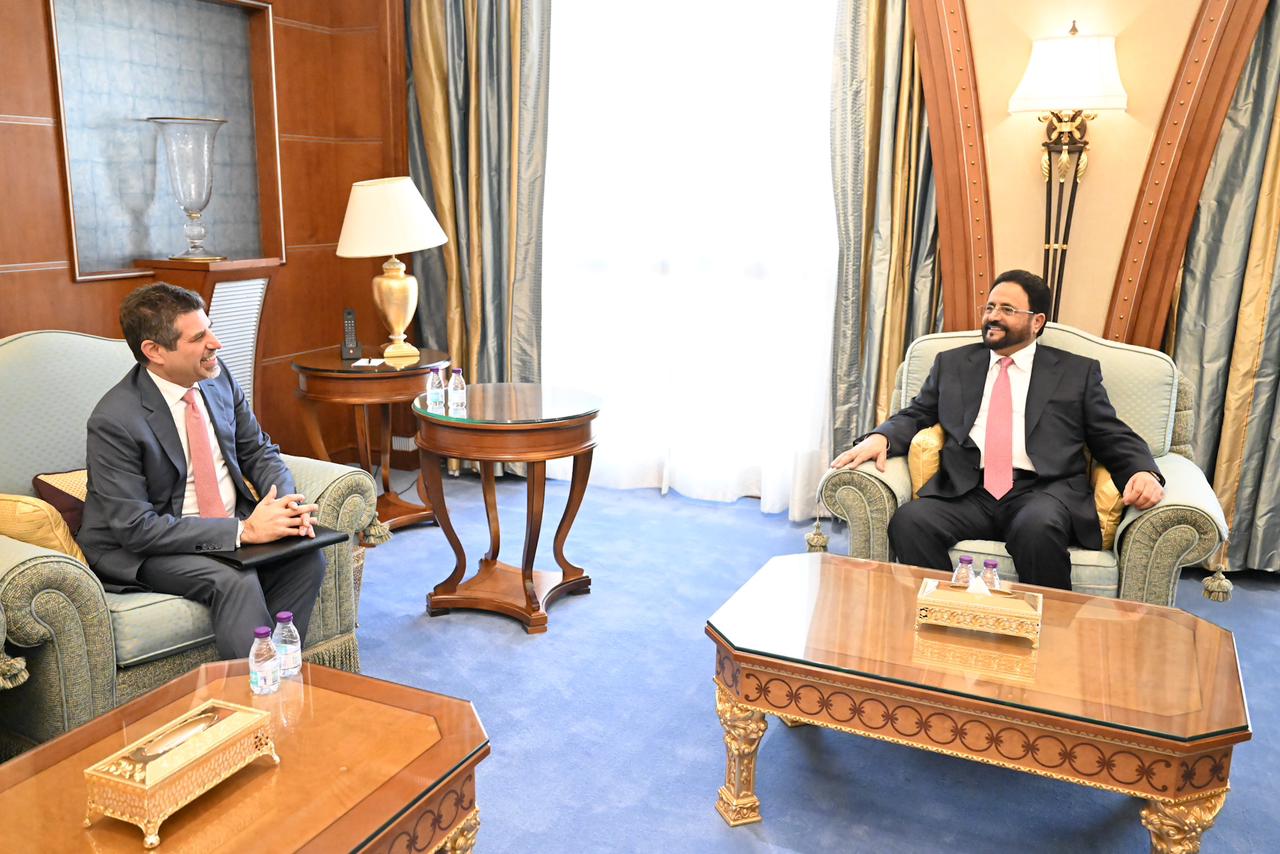 Member of the Presidential Leadership Council, Sultan Al-Arada, discussed with the US Ambassador to Yemen Steven Fagin the developments in the situation in Yemen in light of the continued targeting of civilians and infrastructure by the Iranian-backed terrorist Houthi militia, the militia's lack of commitment to renewing the humanitarian truce and its rejection of a permanent and comprehensive peace based on the three basic references.

During the meeting, Al- Arada referred to the efforts of the Presidential Leadership Council in various fields, and the concessions it made in order to renew the humanitarian truce and work to expand it and support all regional and international efforts aimed at achieving a comprehensive and just peace based on the keenness of the Council and the government to end the suffering of Yemenis and spare the country further destruction, pointing out that the Houthi militias meet these efforts with more intransigence and continuous field escalation, targeting economic and vital installations, threatening international navigation, thwarting the efforts of UN and American envoys, and obstructing all endeavors and efforts regarding the extension of the armistice.

The member of the Presidential Leadership Council stressed the need for the international community to have a firm and unified stance towards the practices of the terrorist Houthi militia, condemning its terrorist activities and actions, and exerting the necessary pressure on its supporters in Tehran to stop their interventions that aim to destabilize security and stability in Yemen and the countries of the region and force them to submit to calls for a just peace.