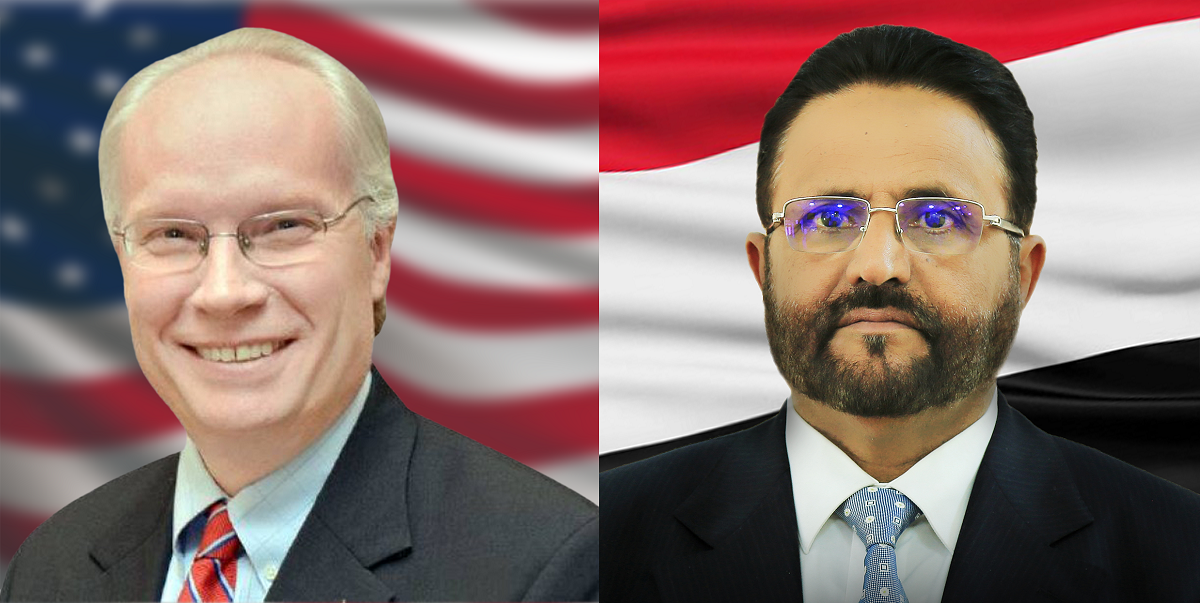 Governor of Marib Sultan al-Aradah and the American special Envoy to Yemen Timothy Lenderking held virtual discussions over developments in the governorate amid Houthi militia ongoing military escalation on Marib and the militia's crimes and grave violations against the civilians.

He stated that Houthi militia doesn't believe in peace, nor cares about IC calls for peace, blaming the Iranian regime's interventions in Yemen internal affairs and Iranian Revolutionary Guards involvement for prolonging the war, as it is up to them to decide the militia's actions.

The governor stated that the 37 thousands inhabitants of al-Abdiya District have been metrically besieged, subjected to aggressive shelling by heavy weapons including ballistic missiles, tanks, even the only hospital in the district was bombarded .

The American envoy condemned the militia's recent military escalation on the governorate of Marib, Shabwa and Albaidha, denouncing the blockade on al-Abidiya.

He also decried deliberately and recurrent ballistic missiles and drones attacks on the civilians, residential areas and IDPs in Marib.