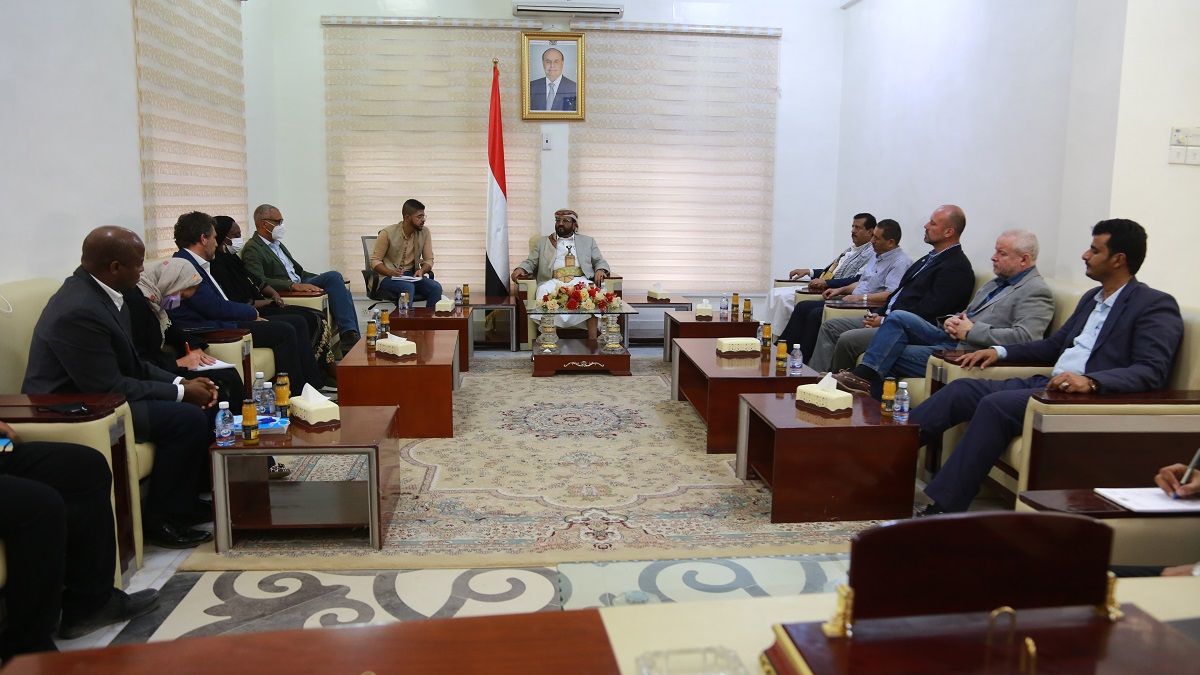 The governor of Marib governorate Sultan Al-Arada has called for an intensified UN humanitarian and developmental assistance in Marib which offers a safe haven to millions of escapees from the terrorist Houthi militia. In a reception of a visiting delegation from the UN Office for the Coordination of Humanitarian Affairs including the Deputy Humanitarian Coordinator for Yemen Diego Zorrilla, al-Aradah expressed his hope in an advanced partnership with the UN and its different agencies "in what copes with the magnitude tragedy caused by the Houthi militia" that has been waging an interminable war on Marib as well as other Yemeni provinces.

Al-Aradah told the delegation that Marib had "received more than 2,231,000 internally displaced people (IDPs)" from Houthi crackdown in the country's northwest. "The IDPs live in 139 camps now," said the governor.

"They constitute 60% of the total number of IDPs in Yemen as a whole, which complicated the pressure that the leadership of Marib faces to meet their needs in the fields of shelters, water, health, education and the rest of life needs.

Al-Aradah called on the UN to intensify its interventions to implement more humanitarian projects and sustainable development projects and to establish necessary service facilities given the continued influx of new idps who keep coming to Marib on a daily basis until now.